Gone are the days when aprés-ski drinks were the same all over. Sure, you can still ask for a lager, cider, or hot cocoa, but many ski resorts and ski towns around North America have upped the ante with both alcoholic and non-alcoholic drinks. Below, we dig into some of the most creative aprés-ski drinks and cocktails at ski resorts and in ski towns around North America. For more aprés-ski inspiration, head to our aprés-ski page.

Bretton Woods, New Hampshire. After a day of skiing, explore the historic Omni Mount Washington Resort at Bretton Woods. The hotel has a number of great aprés-ski options, but you can’t go wrong at Stickney’s, where each of their signature cocktails has a ski or New England theme to them. The Green Mountain Whiskey Sour, for example, features Vermont maple syrup alongside Jack Daniel’s Tennessee whiskey, and lemon juice.

Crested Butte, Colorado. In Crested Butte, discover the Rum Chai at Montanya Distillers, which specializes in what they call high mountain rum. The drink of course includes Montanya’s rum, as well as their own house-made chai spice simple syrup, topped off with whipped cream for a taste explosion that ought to warm you up from the inside out. This is an upgrade to the chai from your local coffee shop.

While we’re in Utah, we’d be remiss not to mention High West Distillery, in Park City, the only ski-in and ski-out distillery in North America. The Golden Label is a winter warmer treat, featuring High West Bourbon with ancho chile, drinking chocolate and a Biscoff cookie.

Reno, Nevada. Lots of skiers and riders make Reno their Lake Tahoe base, since it’s a short trek into the mountains, and there’s an international airport. The Reno Tahoe Arch Society, the only dessert bar of its kind in Reno, has a version of a Hot Toddy, dubbed the Chai Hot Toddy. The Chai Hot Toddy is made with locally-made Frey Ranch bourbon, chai tea, oat milk, whipped cream and nutmeg. Stop by during happy hour and you can enjoy a free dessert.

Northstar, California. Looking for something non-alcoholic? Hot chocolate anyone? Order by 4 p.m. to wash down the daily complimentary 4 p.m. s’mores delivery found at the fire pits around the skating rink area. If you’re on the slopes during the afternoon, then don’t miss Northstar’s Tōst pop-up champagne toast at 2 p.m. Pro tip: Get in line by 1:30 p.m.

As the weather warms up in Lake Tahoe, head to Gar Woods Grill & Pier for their iconic Wet Woody and one of the most iconic views in North America, looking out at Lake Tahoe and the snow-covered slopes surrounding the lake. This signature frozen rum drink takes its name from the classic wooden boats that dot Lake Tahoe. The Wet Woody can be found at Tahoe Restaurant Collection’s group of restaurants.

Crystal Mountain, Washington. The Snorting Elk was voted as one of the “Sweetest Ski Bars in the U.S.” by Outside Magazine and Skiing Magazine. Here, in the cellar of the Elk Frost Hotel, you’ll find the Snorting Elk Frost, a specialty winter ale created by Elysan Brewing specifically for The Snorting Elk.

Shanty Creek, Michigan. Recently, we featured Short’s Brewing Company in our article of the best aprés-ski bars in America. Here it’s all about craft beer, as Short’s is considered one of the best breweries in Michigan. You can’t go wrong with any of their beers, but after a day of skiing at one of the nearby Michigan ski resorts, there’s nothing that says aprés-ski like a beer called the Nitro Cup A Joe. Short’s has partnered with a local Northern Michigan coffee roaster to make this Nitro coffee stout with what they call a “kiss of milk sugar”. Yes, please.

The Caesar is Canada’s national cocktail, and what you’ll find at ski resorts throughout Canada. It’s in the Bloody Mary category, but with Canada’s own twist to it. However, don’t just call it a Canadian Bloody Mary. Caesars are considered a hangover drink and an essential to any Canadian brunch menu. While both the Bloody Mary and Caesar are tomato-based, the Caesar makes use of Clamato, which is a blend of tomato and clam juices. Other ingredients typically include vodka, hot sauce, celery salt, and lime. Many ski resorts will go all out with the fixins’ and garnishes.

Whistler, British Columbia. The Braidwood Tavern, located at the Four Seasons Resort Whistler, has a hot chocolate menu, dubbed “Hot Chocolate Around The World,” which takes hot chocolate to a whole new level. Each hot chocolate comes in a fun mug, like the upside down polar bear mug, and each is reflective of a different country around the world. The Matcha Suntory honors the tea houses of Tokyo, while the El Xocolatl is a Mayan-inspired dark hot chocolate with mezcal and tequila.

You could truthfully do a tour of Four Seasons Resort Whistler’s creative drink offerings. Throughout the hotel are unique cocktails, including the Volcan De Fuego at Sidecut, pictured at the very top of this article. It’s a showstopper, inspired by the rum Old Fashioned, and comes out in an encased fixture filled with applewood smoke.

Fernie Alpine Resort, British Columbia. The Mogul Smoker is a drink exclusive to Fernie. Come for the season kickoff party of the same name, when a giant bonfire is built to fuel up the season and keep the Fernie Griz happy. The Fernie Griz is a mythical creature, seemingly half-man and half-bear. He shoots a giant musket into the clouds to ensure the snowfall each season. The Mogul Smoker drink is only available at The Griz Bar at Fernie, and it consists of Appleton Estate V/X Jamaica Rum, Kahlua, hot chocolate and whipped cream. 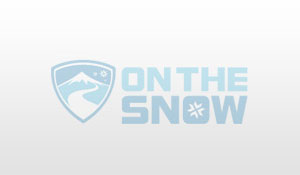