Plan a city-ski holiday; best of both worlds

Hope about planning a skiing or snowboarding holiday that combines staying in a city with lots of cultural and fun things to do with being able to ski and ride relatively nearby. Call it your city-ski adventure. We’ve picked some ideal choices — the best cities for skiing.

Europe is home to a handful of alpine cities, with direct daily flights from the UK, and all just a  relative “snowball’s throw” from the ski slopes. The apres-ski scene in a city is on a whole other level too – not only a plentiful number of bars and restaurants, but museums, galleries, theatres, shops, concerts and more.

Here are some great choices:

Innsbruck is a charming Tyrolean city in the centre of the alps. The old town is lined with a fusion of Gothic and Baroque architecture. Highlights include the Imperial Palace, Ambras Castle, the Golden Roof, and the Imperial Church.

You can be on a mountain in 15 minutes: the Nordkettenbahnen cable car transports skiers from the city centre directly to the slopes of Nordpark (Seegrube-Hafelekar). For a wider choice of terrain, access all nine resorts of the Olympia SkiWorld Innsbruck (295 kilometres of pistes) by hopping on the free ski bus or hiring a car if you want even more flexibility. Innsbruck, of course, has hosted the Winter Olympic Games in 1964 and again in 1976.

The ski shuttles are free with a valid ski pass or Club Innsbruck Card (free with accommodation). Shuttles run from December to April and pick-up from outside selected hotels in the city and transport you to and from: Nordpark (15 mins), Patscherkofel (20 mins), Axamer Lizum (30 mins), Kuehtai (40 mins), Muttereralm (45 mins), Rangger Kopfl (20 mins), Glungezer (50 mins), Schlick 2000 (25 mins), and Stubai Glacier (30 mins).

Ljubljana is the capital of Slovenia. The old city features a mix of Baroque and Art Nouveau architecture. Main sights include Dragon Bridge, St. Nicholas Cathedral, and the 12th-century castle on a hill overlooking the city. The numerous cafes, bars, and restaurants lining the river offer a bustling atmosphere in the evening.

The ski area of Krvavec is only 30 minutes away and Stari Vrh is 50 minutes rom Ljubljana, . Krvavec functions as Ljubljana’s own ski slope and is suitable for all levels. The majority of lifts are chairs, including a six-person chair lift to the Krvavec peak (1853m). The ski centre also boasts sunny, south-facing slopes. Regular buses and Skibus services are available to Krvavec from Ljubljana bus stations.

OK, it’s trite, but think “The Sound of Music” in the winter. Salzburg is renowned for its idyllic old town and ideal  alpine setting. Winter visitors can enjoy the Christmas markets, classical concerts, and the surrounding ski areas. The city’s ancient old town is made up of market squares and narrow streets. Highlights include Mozart’s birthplace, the hilltop Hohensalzburg Fortress, and the Salzburg Museum and Cathedral.

The closest ski resorts to the city tend to be smaller and ideal for beginners. Take the Untersberg Mountain Cable Car from Salzburg city centre up to Untersberg in 15 mins, for the closest skiing to the city. Other nearby resorts include Hintersee (40 mins); Almenwelt Lofer (50 mins); and Abtenau (45 mins).

Intermediate and advanced skiers will need to travel a little further to larger resorts, such as Filzmoos and Obertauern (60 mins) or Zell am See and Saalbach-Hinterglemm (90 mins). But, oh, so worth the little bit of extra travel time.

Freiburg im Breisgau is set on the edge of Germany’s Black Forest and is centred round the historic old town. The city is known for its ancient university, medieval cathedral, and many cafes and cosy pubs.

Freiburg is located in the Baden Wuerttemberg region of the country. The city is 35 minutes’ drive from the Feldberg ski area. Feldberg is the highest mountain in the Black Forest with an elevation of 1493 metres. There are more than 50 kilometres of trails for all levels and 14 ski lifts.

Zurich is the largest city in Switzerland. It is also known as “the cultural capital” due to its impressive number of museums and art galleries. The lakeside city boasts a pretty old town dotted with gothic and baroque churches and wealth of museums spanning history, art, design, architecture, worldwide cultures, natural science, and botanical.

The city is surrounded by the small ski areas of the Zurcher Oberland: Ghoech (40 mins); Fischenthal (50 mins); and Oberwangen (50 mins). The larger ski area of Hoch-Ybrig is an hour’s drive. Here you’ll find 50 kilometres of pistes for all levels, sunny slopes, and a friendly family atmosphere.

Who are we kidding. The biggest bonanza of close-to-the-city skiing and riding maybe anywhere in the world is crossing the pond to Salt Lake City Utah. You Cana actually ski the ski runs from the airport tarmac and get to any of 11 different big-time ski resorts in under an hour via airport shuttles or rental cars. Salt Lake City sites to see include the Clark Planetarium IMAX, Utah Children’s Museum, The Leonardo, catch a Utah Jazz basketball game and, of course, the world-famous Mormon Tabernacle. 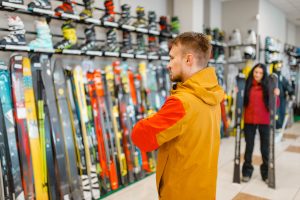 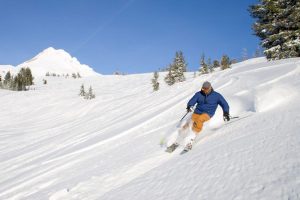